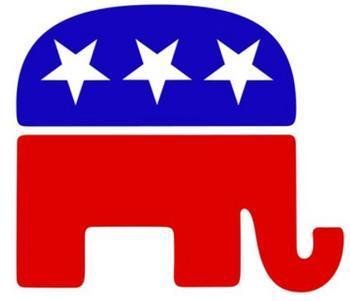 After this year’s presidential election, many establishment Republicans are advancing the argument that the GOP needs to move to the left in order to win the votes of minorities. This is complete hogwash. Conversely, some conservatives are arguing that the GOP needs to move to the right. This is correct. However, it is important to define what is meant by “move to the right.” For example, to someone like Patrick J. Buchanan (or as I stylize, PatricKKK J. PUKEhanan) “movement to the right” means that the Republican Party should become more like the Nazis. “Move to the right” is an amorphous statement that means different things to different people.

If people think “movement to the right” means the universal adoption of Gingrich-esque vituperation towards minorities, then the GOP will not win the votes of minority groups any time soon. Movement to the right should be a matter of policy—not a matter of increasing the dosage of needlessly provocative rhetoric forced down the throats of the voting public. Popular conservatism (insofar as you can even call it conservatism) is lamentably becoming less about policy, and much more about who can utter the most off-putting rhetoric to make sure that conservatism is inexorably tied with political viciousness and xenophobic hatred. This needs to end if conservative policies are going to be looked at as credible alternatives to the failed liberal policies offered by the Democratic Party. Advancing conservative philosophy cannot occur if public spokespeople for conservatism continue to act as though they are auditioning to become shock jocks. People have to be attracted to the political product that the Republican Party is selling.

The only way Mitt Romney could have been seen as a conservative during his horrendous presidential campaign is if one reduces the rich ideology of conservatism to the paltry definition of “outrageously offending voters.” People who think that Mitt Romney was sufficiently conservative hold this opinion not because of his positions on any issues of importance, but solely because he showed a clear, elitist disdain for the poor. Infamously, Romney insulted nearly half of the country by suggesting that 47% of Americans are victims—simply for the heinous crime of being too poor to pay income taxes to the federal government. Romney isn’t a conservative just because he egotistically turns up his nose at people who weren’t privileged to be born with silverware in their mouths. That simply makes him a crude snob. While crude snobbery may be a signet of the establishment GOP, it is not a signet of conservatism. What’s sad is that most voters don’t know the difference between true conservatism and the snobbery of the establishment GOP, because nobody has tried to draw a serious line of demarcation between the two. This is in large part because many people on the right support the Republican Party almost like it’s a sports team—winning is the primary objective, and it doesn’t really matter to them which ideology is playing.

Interestingly, whenever I am accused of being a faux-conservative, most people cannot name a single policy position of substance that I have that isn’t conservative. When I deviate from Republicans on issues, it tends to be because they are being hypocritical and not adhering to conservative values. I mostly get accused of being a faux-conservative when I attack Sarah Palin for her arrant hypocrisy and backstabbing vindictiveness; Newt Gingrich for his hypocrisy and racially charged attacks on President Obama; Donald Trump for being an attention-seeking fraud; and the conservative media for their insane coddling and breathless defense of murderer and proven liar George Zimmerman. In other words, being a “faux-conservative” in this context simply means having the temerity to point out when Republicans are deviating from conservatism.

Yes, the GOP does need to move to the right. However, this is not a question of rhetoric. Romney insulted the American people more than enough. This is a question of policy. If the definition of a ‘conservative’ is “a loathsome patrician who exudes snobbery and insults poor people,” then Mitt Romney was clearly the most conservative candidate that the GOP had to offer. However, that is not what conservatism is about. Once you strip away the elitism and the irritating snobbery, all you have from Mitt Romney is a flip-flopping fraud who leans more to the left than he does to the right. This was clear when Mitt Romney used the time allotted for the two presidential candidates to debate the issues as a time to agree with Obama. It would be splendid if we could just ignore Romney, but the sad fact is that he is still the most prominent face of the Republican Party, and his insulting words aimed at poor people still resonate. Romney did nothing for the cause of authentic conservatism, and he severely damaged the Republican brand. This is hurdle that serious Republicans need to jump over in order to become politically viable again.

With that said, Mitt Romney was a symptom of the larger disease that is plaguing the conservative movement. Conservatism has been falsely presented as an ideology of severity, viciousness, and disdain for the disadvantaged, when it is an ideology of empowerment. Mitt Romney was a great representative of the false brand of conservatism. Conservatism isn’t about belittling people; it is about making people understand that they have boundless power to control their destinies—which best occurs in the absence of an officious federal government. Conservatives believe that the best societies emerge when government isn’t permitted to stifle the ingeniousness of individuals. Poor people with dreams and ambitions should be natural conservative Republicans. If Republicans cannot articulate conservative ideas in an appealing way, the Democrats will keep winning by packaging their inferior political product in an appealing way.