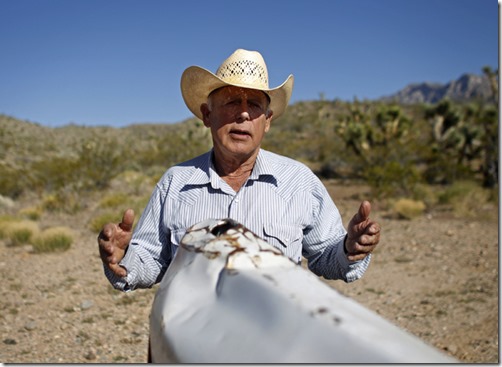 It is fair to say that the mainstream conservative movement has fast become a refuge for racists who help to promote right-wing narratives. Sometimes the right even support racists for fun. Paula Deen, a registered Democrat, became an honorary conservative because she called black people racial slurs and wanted her brother to have a slave-themed wedding. George Zimmerman, also a Democrat, became an honorary conservative and a right-wing “Second Amendment” idol because he racially profiled, approached, and unnecessarily killed a young black boy. It is simply impossible to argue that, in the last three years, the mainstream conservative movement has not stepped into the territory of overt, despicable racism. That is not to say that everyone within mainstream conservatism is racist, but the comfort and succor that racists are provided on the right is simply indisputable. There are almost no prominent mainstream conservative figures with the courage to call the racists out, because they are too busy promoting the childish, idiotic, and tendentious fiction that all racists reside on the left-wing of American politics.

First, here is Bundy’s remarks (From The New York Times):

“And because they were basically on government subsidy, so now what do they do?” he asked. “They abort their young children, they put their young men in jail, because they never learned how to pick cotton. And I’ve often wondered, are they better off as slaves, picking cotton and having a family life and doing things, or are they better off under government subsidy? They didn’t get no more freedom. They got less freedom.”

The reaction from serious black conservatives ought to be outrage at the racism demonstrated by Bundy. However, artificial black conservatives are more interested in keeping racists sweet in order to make sure their pockets never run out of checks, and their heads never stop receiving pats from white supremacists on the right. So rather than seriously condemn Bundy, their instinctive reaction is to sympathize with his point and call it “poorly stated” as opposed to vehemently racist. It’s ironic, then, that these black conservatives are the same people who have the temerity to accuse black people who vote Democratic of being on a political plantation—all while defending someone who wonders whether they belong on a real plantation. Who are the real slaves?

The mainstream conservative movement using black conservatives as tools for their agenda is not even a question. For instance, take a look at this headline from The Tea Party News Network:

Interesting headline. The TPNN here is referring to Niger Innis’ remarks in response to Bundy. What the TPNN calls responding “with class” is Innis telling Bundy that he was wrong to use the slavery “analogy,” although he understood and sympathized with the point he was trying to make. The first point to make here is that Bundy didn’t use a slavery analogy. He wondered whether blacks would be better off on the plantation picking cotton than being on welfare. That’s not an analogy. That’s an opinion on public policy. It operates from the premise that slavery is better than welfare. It’s interesting that artificial black conservatives pretend not to understand the rudiments of the English language in order to suck up to, and become apologists for, white supremacy.

A more fundamental point, however, is that in order to be endlessly praised and lionized by the mainstream conservative movement as a black conservative, you need to either be a staunch apologist for right-wing racists, or be completely apathetic about racism. “Good black conservatives” are supposed to respond to the savage inhumanity and barbarism of racism with complete apathy and dispassion. That’s what the mainstream right calls a black man dealing with racism “with class.” But someone like me who attacks racism with conviction and vigor is an “angry black man.” Even more puzzlingly, these black conservative lickspittles are routinely paraded around as ferociously brave warriors, when they are too pusillanimous to forcefully stand up to people who blithely disvalue their own humanity. The way black conservative lickspittles are treated is profoundly Orwellian. Those who truckle to oppressors are the new warriors.