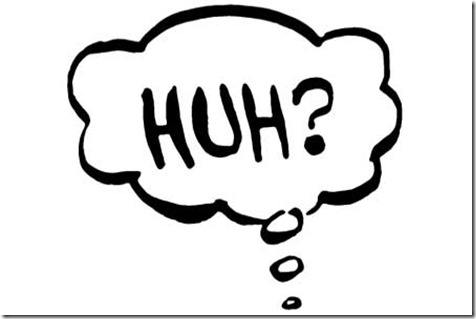 Interestingly, Right Wing News has published a remarkably illiterate piece criticizing me for wanting “to put an end to black conservatism.”

Chidike Okeem wants to put an end to black conservatism. He believes that any black conservative who opposes  Affirmative Action or doesn’t cling to the Voting Rights Act as if it were the Bible is either inept or a fraud pandering to mainstream white conservatives. Typically, this is rhetoric spewed by liberal race-peddlers with a desire to discredit minority conservatives. He claims to be a conservative, yet his articles remain some of the most vitriolic, anti-right wing screeds I have ever read.

This is as honest an accusation as saying, “Person X wants to put an end to all medications for sick patients!” simply because that person expressed a desire to end the sale of fake medications. The title of my piece is The End of Artificial Black Conservatism. Dropping the word ‘artificial’ from the title of my piece in order to misrepresent my point takes intellectual dishonesty to an unparalleled zenith. The fact that this blogger has the temerity to suggest that I am being dishonest on race is ironic—especially when he cannot correctly characterize an argument. To be honest, however, such intellectual dishonesty does not surprise me. I carefully craft my essays to be logically hermetic. The best way to undermine my writings is to invent comical misrepresentations of my actual points.

A good reason for opposing affirmative action is because there is a growing body of evidence to suggest that mismatching students with universities they are ill-equipped for artificially reduces the number of successful ethnic minorities in important fields. The argument here is that ethnic minorities who go to schools they are correctly matched with have a greater probability of graduating and becoming successful members of their chosen professions. A bad reason for opposing affirmative action is because of ‘reverse discrimination’ against whites—a preposterous white supremacist talking point aimed at encouraging the fraudulent victimization of disaffected white men. This is all highlighted in full detail in my essay, An Honest Conservative Analysis of Affirmative Action.

The rest of the dippy piece posted at Right Wing News simply goes through the characteristic incantations of fame-oriented black conservatives. “Al Sharpton! Harry Reid! Liberals are racists!” It also attempts to trivialize the Voting Rights Act right out of the gate by mocking those who think it is an important piece of legislation. Black conservatives who relentlessly attack people on the left about racism while ignoring right-wing racism are mendacious fame-seekers. People who are serious about speaking the truth on race are capable of calling out the left and the right, like I have always done. Speaking the truth—irrespective of whose ox is gored—is not so popular anymore.

Calling Hannity out for being an ardent defender of white people who kill or maim blacks means you will never be on FOX. Calling out Rush Limbaugh for his history of racism means you will be shunned by the mainstream conservative movement. I could not care less about my black conservatism being a stage performance to entertain white conservative onlookers. I also will not be browbeaten by black conservative lickspittles into being an obsequious member of the black right-wing crowd. Black conservatives who hate my writings generally see being called a “great American” by Hannity and being praised by Rush Limbaugh on the radio as bucket list-worthy events. The fact that I am unremittingly attacked by these unlettered cretins is indisputably a badge of honor.