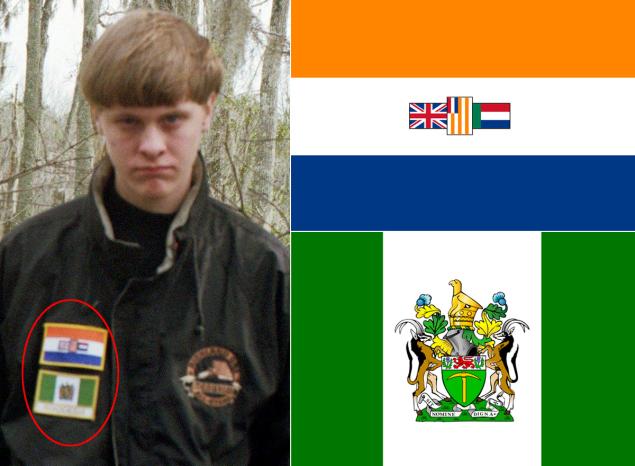 In Charleston, South Carolina, on June 17, 2015, a 21-year-old named Dylann Storm Roof opened fire at Emanuel African Methodist Episcopal Church killing nine people who were engaged in Bible study. This was done after an hour of Roof sitting in the study and listening to the preacher, Clementa C. Pickney, who was one of the nine people killed. The Emanuel African Methodist Episcopal Church is of particular historical significance inasmuch as Denmark Vesey, a noted abolitionist, was one of the people who helped to found the church, and it has been a refuge for African Americans for centuries. This is not just a race-motivated hate crime, but it is an act of domestic terrorism perpetrated against black churchgoers—a norm in American history.

Another point that must be noted is that this was not an attack on Christians—as claimed by FOX News talking heads. This was an attack on unsuspecting, defenseless, and peaceful black people. Like most cravenly mass shooters, Roof clearly wanted to attack victims where nobody was likely to retaliate. He did not want a gunfight. The shooter himself claimed that he wants his country back and that blacks are “raping our women.” This is not any different to the arguments contained in white supremacist rants like White Girl Bleed a Lot by Colin Flaherty—a book endorsed by many black mainstream conservative luminaries. The fact that some people are trying to erase race from the conversation is utterly deplorable. Race never gets erased from the conversation whenever a black person is accused of a crime, but whenever there is a black victim and a white killer, people want to pretend that race does not exist or mean anything. “This was an attack against all humans!” becomes their disingenuous chant to avoid addressing the violence that is routinely perpetrated against blacks.

In one of the pictures circulating of Roof, he has two flags on his jacket. The flag of apartheid South Africa and the flag of Rhodesia (now Zimbabwe). Rhodesia—as well as the celebrated Rhodes scholarship—was named after the 19th century white supremacist Cecil John Rhodes. He believed in the superiority of the Anglo-Saxon race and the inherent inferiority of Africans. In his book The Cult of Rhodes: Remembering an Imperialist in Africa, Paul Maylam notes that Rhodes saw Africans as nothing more than “units of labor.” A garden-variety white supremacist in America would have simply donned a jacket with the Confederate flag. That would be uncommon for a racist resident of the American South, inasmuch as the Republican governor of Roof’s state, Nikki Haley, supports the flying of the inherently racist Confederate battle flag. However, his racism goes far beyond “Southern pride.” Only a seasoned and concentrated white supremacist would know about British white supremacists from the Victorian era that operated on the African continent and inspired the system of apartheid in South Africa. It is also a significant historical fact that apartheid in South Africa ended with the election of Nelson Mandela in April 1994—the same month as Dylann Roof’s birth. As oppressive white supremacist regimes end, new ideological adherents of white supremacy are born and carry on that reprehensible violence into new generations.

Fascinatingly, according to the official website of the African Methodist Episcopal Church, in the 1890s, Bishop Henry M. Turner, who believed in black emigration back to Africa, helped to advance African Methodism in Sierra Leone, Liberia, and South Africa. Although started in America, the AME Church is not wholly divorced from the African continent, and it is worth suggesting that the ‘African’ in its name could have made it a particular target for Roof, inasmuch as he has an affinity for white supremacy on the African continent. Something that must be gleaned from this story is that anti-blackness was not born in America. It is a global phenomenon that originates from the African continent—and white supremacists are not ignorant of the global nature of their ideology. It is the very essence of the Negro that white supremacists despise. This is a point that is frequently lost among black people in America today, but it was not forgotten by African American leaders of the past. As previously explained in Dr. Carter G. Woodson and Black History Month, Dr. Woodson, also known as the father of African American history, understood the significance of highlighting the historical achievements of Africans to ending white supremacy. He also understood that all hatred for the Negro stems from the African continent. He started Negro History Week in 1926—which later became Black History Month—to highlight the historical achievement of the African that has been meticulously scrubbed from Western history books.

One must also understand that as easy as it to focus on white supremacist murderous violence and condemn it, such violence ineluctably stems from culture—and culture is created by speech over several centuries. When people consistently engage in anti-black speech, one cannot allow it to go unchecked then act surprised when people engage in the advanced anti-blackness of murdering innocent African American congregants. Hate crimes are the product of the consumption of hate speech. Granted, not every person who consumes hate speech ends up committing a hate crime, but the fact of the matter is that those who do commit hate crimes are influenced by hate speech. Hate crimes do not materialize within a vacuum. They occur within a specific societal context and they are terroristic acts meant to send a message to a community letting them know they are unwelcome and despised. The proof that Roof’s actions were terroristic in nature is the fact that he left one member alive so the member could tell the story of what happened. Spreading fear within the African American church community was Roof’s clear goal.

If people are serious about ending these kinds of horrific, violent attacks against innocent black Americans, then there must be a concerted effort to shun those who promulgate hate speech. One cannot childishly cite the First Amendment right to freedom of speech without ever mentioning that certain kinds of speech produce nothing but toxic consequences. Serious, discerning human beings with functioning moral compasses must understand that constitutionally permissible hate speech can, and does, lead to the savage barbarism that was wreaked upon the innocent victims of the Emanuel African Methodist Episcopal Church. This is not something that can be tolerated. Hiding behind the Constitution to avoid addressing the violence of hate speech and the murderous spirit it encourages in those predisposed to hate is morally reprehensible.

In the United Kingdom, there are laws that ban hate speech. Contrarily, in the United States, the Supreme Court has upheld that hate speech is constitutionally protected speech. One cannot fail to understand the spirit within which the UK’s laws against hate speech were made—even though one can argue that such laws are inadvisable. Similarly, the European Union has made denying the Holocaust a crime punishable by imprisonment. While it can be argued that this is a step too far, the lawmakers understand how denial of the atrocity of the Holocaust is an open door into Nazi ideology. Certainly, lawmakers in the UK and the European Union understand that hate speech is an unmistakable driver of hate violence. The United States does not have to make hate speech a crime as is the case in Europe, but the societal acceptance of hate speech as casual political and social commentary can—and must—be destroyed. When black crime is cherry-picked and presented as the essence of blackness, as is the case in the media and the unrelenting publication of overtly white supremacist books by mendacious authors, it must be excoriated. Again, the myth of widespread black male barbarians raping white women was Roof’s specific argument for why he committed his heinous terroristic act—ironically, against mostly black women. The Constitution can no longer be an excuse for moral lethargy vis-à-vis dealing with the violence of hate speech.

The Charleston massacre has little to do with the availability of guns, as President Obama suggested in his safe, neat, Democrat-friendly remarks on the deplorable terroristic shooting. Without guns, white supremacist terrorists would still create homemade bombs and blow up black churches. The Charleston massacre is about a global culture of anti-blackness that has existed for centuries, and it is about how, in the American context, people continue to cite the Constitution’s protection of hate speech as a reason to ignore how such speech predictably ends in racial anti-black violence.