Yesterday, I did an interview on Connections with Evan Lawson on NPR. The discussion focused on my recent Intercollegiate Review interview; however, other topics were addressed. Other than forgetting Sebastian Gorka’s name and a moment of inarticulateness, it was a decent performance for an extemporaneous interview, especially since I do not do them often. For the past few years, I have turned down several interview requests because I have been extremely busy.

During the interview, I defended Dr. Ben Carson against the unfair criticism he received for pointing out that poverty is partly a mindset. (See my Twitter thread on the topic.) Had Carson said that poverty is solely a state of the mind, I would have joined anti-poverty activists in their vigorous denunciations of his comment. However, what Carson said is patently accurate. In order to escape poverty, there is a wealth-building mindset that one ought to have, especially in a free-market economy. Carson, a man who grew up poor and became one of the most prominent pediatric neurosurgeons in the world, should be listened to on the topic of poverty. This does not mean that everything he says on the topic is beyond critique, but the idea of dismissing his comments with a wave of hand and heinously distorting his point is wrong.

END_OF_DOCUMENT_TOKEN_TO_BE_REPLACED

IR: How do you begin a conversation with an African American progressive about the merits of conservatism? What’s your elevator pitch?

Aside from the idea of conservation, black conservatism can also be understood as a stringent rejection of the Afro-pessimistic perspective that typifies black progressivism. As one of the key features of modern black progressivism, Afro-pessimism is essentially the belief in the permanence and omnipotence of white supremacy. It is this Afro-pessimism that makes black progressives constantly downplay the racial progress that has occurred in the United States. Afro-pessimism also leads to the promotion of black helplessness in the face of white supremacy. Genuine black conservatives, by contrast, have a viewpoint that focuses on optimism and the belief in the indomitability of the human spirit. Black conservatives believe in the human capacity for greatness and the ability to thrive—with or without the actualization of perfect racial harmony.

Someone recently suggested that I compile some of the best questions and answers from my Curious Cat account and create a website post. I think this is a good idea. This post is Volume 1 (December 2016—May 2017). I may create additional posts in the future. I write my Curious Cat responses pretty quickly from my smartphone, so the writing is less polished and structured than my essay writing. Where possible, I have fixed typos and predictive text errors. I have also edited some of the questions for clarity. There are many more answers that are worth reading on relationships, culture, music, and other interesting topics. You can read all of those on my actual Curious Cat page. Also, make sure you follow me on Twitter.

END_OF_DOCUMENT_TOKEN_TO_BE_REPLACED

From Marxist to Black Conservative

George S. Schuyler (1895–1977) is one of the most consequential black conservative columnists in American history. His autobiography Black and Conservative, published in 1966, sketches the voyage of his life. It explores his journey from being the son of a head chef, his time in the military, to his eventual days as a conservative columnist—a drastic change from his quondam Marxism. Although the book becomes tremendously fascinating when the text centers around the development of Schuyler’s philosophical and political views, the rest of the narrative is stultifying. The details of his life are of less interest than the ideas that life produced. One can find the liveliest prose when Schuyler quotes his own political columns. Despite being a celebrated writer with great wit, his life story, as presented, simply does not translate into a compelling read. 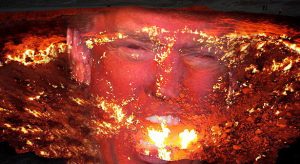 Donald Trump being elected as the 45th President of the United States is one of the most monumental calamities in modern world history. The pretense that Trump — despite being the next Leader of the Free World and Commander-in-Chief of the world’s foremost military — is powerless due to “checks and balances” is wholly insufferable. To hold this absurdist position is to willfully ignore the lion’s share of the American historical record. Donald Trump’s presidency, whether people like it or not, has opened the gates of Hades. White supremacist ideology is ascendant worldwide, and a Donald Trump presidency will likely be some of the darkest years in world history.